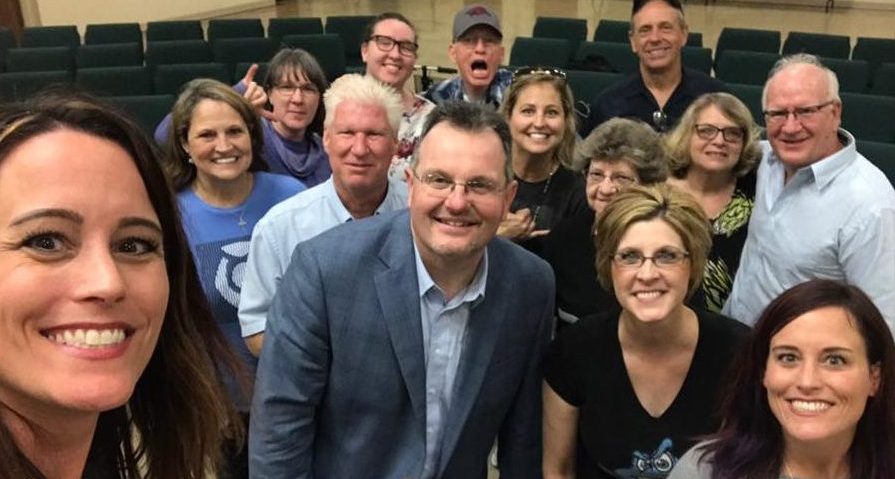 From Skeptic to Champion

Arkansas pastor Clark Snow and his wife Tamara didn’t have a lot of money, just enough to get by. Their credit card debt grew, as did the anxiety that goes along with it. Worse yet, Tamara had spent 16 years working as an educator, a job that was sometimes so stressful that she’d come home crying.

One day, a parishioner from their church invited them to dinner, saying they wanted to introduce the Snows to something. Clark started off firm that if his churchgoers were selling something, he wasn’t buying.

“I only went because I didn’t want to hurt their feelings; but my plan was just to go, eat, listen, and leave,” he says.

“What really sold me the most was that the product was something real.”

But Pastor Snow became increasingly intrigued as he learned about LIMU that night. Once he learned about the research-backed benefits of LIMU’s products, he decided to give them a try. A few days later, Clark and Tamara joined the LIMU family to share their experiences, the wonderful products, and the LIMU lifestyle with others.

“What really sold me the most was that the product was something real,” Clark says. “My goal at first was just to help people feel better.”

Within the first week, Clark says, they’d made their initial LIMU purchase money back. The 20K rank and BMW paid for by LIMU came a few months down the road, as did their ability to pay their mortgage fully from their LIMU earnings. Soon, Tamara quit her job because the pair was making more doing LIMU on the side than she’d made at her full-time job.

The couple has been promoting LIMU part-time for a couple of years now, putting in five to seven hours each week. It’s about more than just the money for them. It’s about the lifestyle, the mindset, and the LIMU Experience. For Clark, it’s a good and lighter balance to his sometimes heavy work as a pastor. Both he and his wife are now happier than they’ve ever been.

The secret to success with LIMU, for the Snows is consistency, perseverance, and refusing to be deterred.

“When I walk into a LIMU LIVE event, the energy is electric,” he tells us. “Your mind is wrapped up in all the excitement, and you don’t think about your worries or problems.”

As for Tamara, Clark says that being part of LIMU has “lifted her up” and that she thrives in the new environment allowing her to work from home.

Clark also loves the teamwork aspect of LIMU — not just the fact that he and his wife get to work together as a team, but also the team-oriented mentality of the larger LIMU community. He finds the LIMU parties, where he communicates with likeminded people, exhilarating and uplifting, and always feels better when he leaves than when he arrived.

One of the things that’s made LIMU so doable, Clark tells us, is the LIMU Share App. “We send videos that explain the system and the process, and we don’t have to say anything,” he tells us.

Not only does the app streamline the logistical aspects of sharing LIMU, it also removes the potentially awkward face-to-face or phone conversations and rejections — of which, Clark says, they’ve seen their fair share. Some folks the Snows talk to aren’t yet ready to receive the LIMU message.

“The only way that this would not work for people is if they don’t share it.”

“You get a lot of ‘No,’ you get a lot of people who don’t even want to hear about it. Maybe because they’ve been involved in something else, they’re afraid,” Clark admits. “But every once in a while, there’s the right person who’s looking for this, and when you share it with them, a light comes on.”

The secret to the Snows’ success with LIMU is consistency, perseverance, and refusing to be deterred.

Several years in, Clark and Tamara are still thriving with LIMU and enjoying both the financial and the physical benefits they get from it. Clark tells us that as a result of drinking the LIMU products, he has more energy and a clearer mind, and even gets more restful sleep.

And he truly believes that LIMU can help a lot of people, if they would just give it a chance. He understands that people are skittish and cautious around the possibility of starting a LIMU journey for themselves. He felt that way himself the first time he heard about LIMU. But, as he puts it:

“The only way that this would not work for people is if they don’t share it. If you’re consistently working, it will work for you.”

You can get in touch with Clark at his LIMU website. 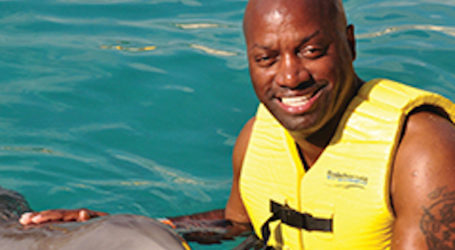